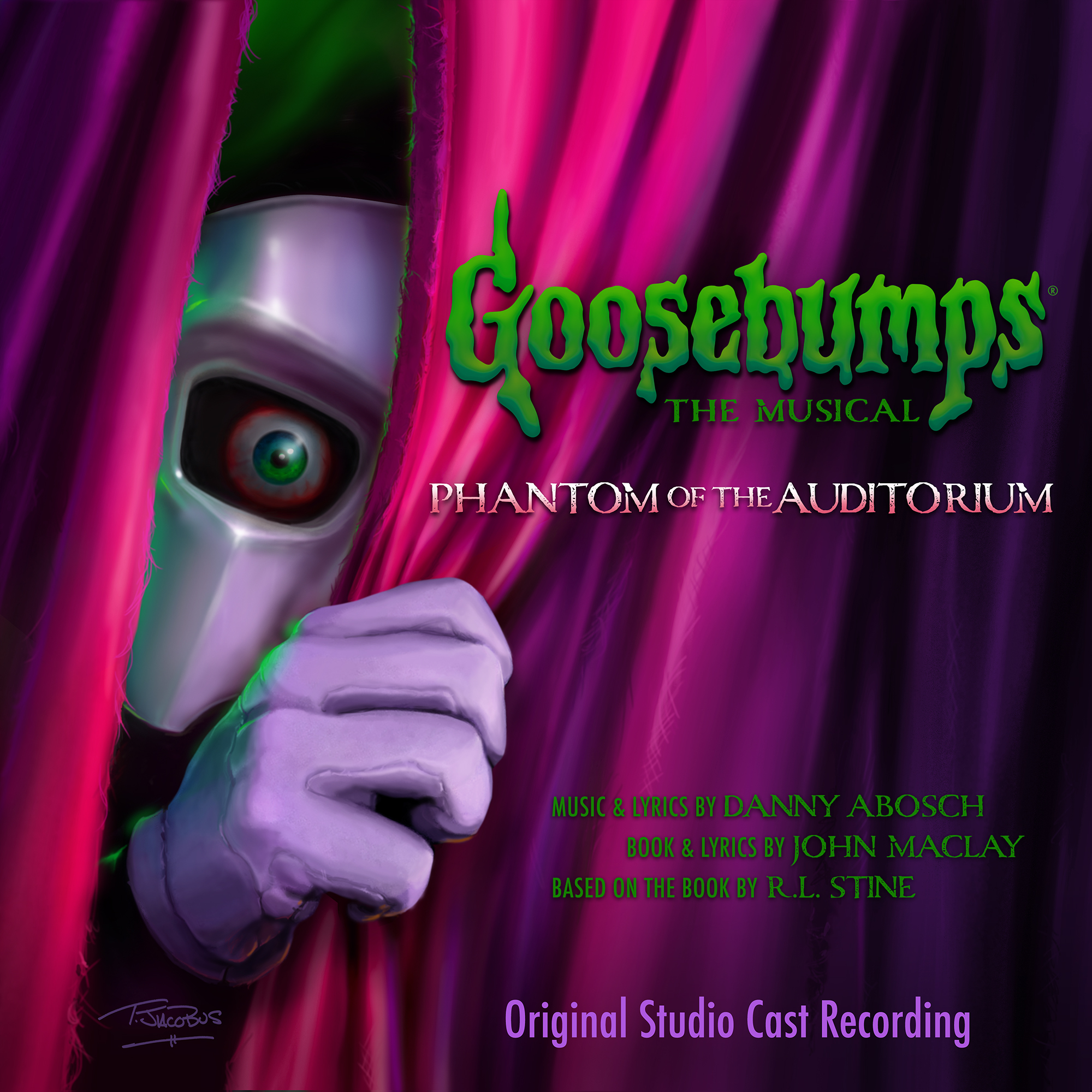 Goosebumps The Musical: Phantom of the Auditorium

“The Story of The Phantom”

Best Arrangement, Instrumental or A Cappella

LISTEN IF YOU DARE

Goosebumps The Musical:
Phantom of the Auditorium

Brooke and Zeke are thrilled to be starring in a mysterious show called The Phantom, and not the least bit frightened by the old legend that the play is cursed. But when strange, spooky messages start appearing, and a masked menace starts disrupting rehearsals, they begin to wonder: what if there really is a ghost haunting their school, determined to stop the show?! Prepare to get goosebumps as they race to solve the mystery in this thrilling—and chilling—new musical, based on the classic series by R.L. Stine.

Based on “Goosebumps®: Phantom of the Auditorium” by R.L. Stine, published by Scholastic Inc.